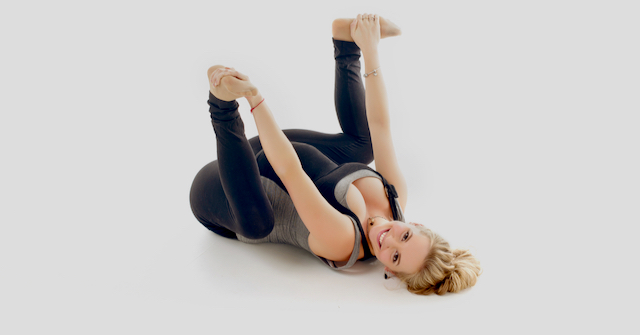 It’s amazing what turns up when you do a Google search for “Prenatal Yoga Safety”.

Just for laughs (and some seriousness), here are 10 gems that fail the Truth-O-Meter test:

1. “Any challenging yoga poses could lead to nausea and dizziness”

Challenge, either physical or mental is what yoga is all about. Trying challenging things and discovering and refining our coping skills is the perfect preparation for the changes brought about by pregnancy, birth and new parenthood. Prenatal yoga is birth and parenting preparation.

2. “Moderate your yoga routine to about 30 minutes”

Where did this idea even get started? There is absolutely NO scientific or medical evidence to support this. None. You may have noticed that we have a huge number of online prenatal yoga classes that exceed the 30-minute “limit”. Have you ever been to an in-person prenatal yoga class that was 30 minutes or less? No, you say? Neither have we. I assure you, people would ask for their money back if we pushed them out the door after a half hour. Or, they wouldn’t show up in the first place. They’d go down the street and take the 60-90-minute prenatal yoga class instead.

3. “Pregnancy is not the time to start an inversion practice”

See Yoga Inversions for Pregnancy for more information on this. In the mean time, authors who parrot this myth usually go on to say that pregnancy isn’t a good time to try anything new. Are you kidding? Apparently they haven’t considered that it’s the perfect time to try something new – uh, like the rest of pregnancy, childbirth, and caring for a helpless newborn, for example…

4. “Any poses in which you lie flat on your back, or require a lot of abdominal stretching, are also not recommended for pregnant women”

A 2015 study published in Journal of Obstetrics and Gynecology examined safety of various yoga poses during pregnancy. They looked at 26 different poses including Happy Baby/Balasana (shown above), and Corpse Pose/Savasana, both of which are done on the back. They also looked at Camel Pose (Ustrasana), a good old-fashioned belly-stretching back bend. Here’s what the Harvard Medical School has to say about it: “All vital signs of both mother and baby were normal during the poses and after the session. There were no falls, injuries, or safety problems.” They went on to say, “None of them had any problems later with contractions, vaginal bleeding, or reduced movement of the baby. All of the women, except three [out of 25] who described muscle soreness, expressed only positive experiences with the yoga session. The researchers concluded that the 26 different yoga poses — including those that were previously avoided — were safe for both the mothers-to-be and their babies.”

You can read more about this study here.

5. “Jumps pose a slight risk of dislodging the fertilized egg from the uterus”

Do you have any idea how many pregnant people through the ages have tried to terminate their unwanted pregnancies by jumping in an attempt to dislodge the fetus? Lots – since the beginning of time. Does it work? Not so much.

6. “Pretty much as soon as you see a bump, or beyond the first trimester, you want to stop doing exercises that require you to twist along the midline”

Oh, dear, not this again. Twists that you can manage because your belly doesn’t get in the way are OK. Read Go Ahead. Do It! for more myth-busing information about the twisted rationale of prenatal yoga naysayers.

7. “This is not the time to push yourself to try new poses”

See Number 3. It’s common for pregnant people to show up at MamaSpace for prenatal yoga class on doctor’s orders. They say, “My doctor told me I need to move more. She said I should do prenatal yoga. I’ve never done it before”.

8. “Standing twists should be avoided because of the pressure they put on the abdominal cavity”

Not sure why standing would make a twist more dangerous than say, a seated twist. Re-read Go Ahead. Do It! for the low down on twists. Incidentally, the article referenced above by the Harvard Medical School includes Half Lord of the Fishes (Ardha Matsyendrasana), a pose often on the the twist-hater no-no lists for pregnancy.

9. “The risk of falling or feeling faint from having your head below your heart makes these poses [inversions] unsafe for most pregnant women”

Once again, read Yoga Inversions for Pregnancy for the real truth about this.

10. “The biggest danger to pregnant yoginis is falling”

This one isn’t funny. It’s sobering and true. I couldn’t leave it out. The leading cause of death during pregnancy in the US is homicide. The risk of homicide death is twice as high for women and girls during pregnancy and the postpartum period, compared to women and girls who are not pregnant. Intimate partners are perpetrators in two-thirds of the murders. Victims are predominantly younger and people of color. The homicides occur mostly during the first trimester.

The second, third and fourth most common causes of death during pregnancy are (in order): cardiovascular disease, stroke, infections. I couldn’t find a cause-of-death list for pregnant people that included falls.

11. One Gem That Passes The Truth-O-Meter Test

As always, you are your own teacher and the best expert on your body and your baby’s body. Do what’s safe for you. Don’t do what doesn’t feel right. You don’t really need a reason either way. Sometimes it’s just a feeling.

Carol is the founder and owner of MamaSpace Yoga. She has been a therapeutic bodyworker in private practice for over 30 years. She specializes in Craniosacral Therapy for pregnant and postpartum people and infants. Carol has spent years developing hands-on techniques to enhance the mobility in pregnant bodies including the bony pelvis, the abdominal organs, the support structures and lower segment of the uterus. She is  proud to have pioneered the integration of this gentle manual therapy into prenatal care, the birth place and postpartum care for birthing parents and babies. The goal is to give babies more room to develop, grow and get born. Her specially-designed yoga classes have grown naturally from the roots of bodywork and yoga.

Carol has dedicated her professional life to supporting expectant and new families by promoting gentle aware birth. She has attended births for over 35 years – at first as a doula and from 2000 to 2012 as a midwife. She has since retired from attending births in order to focus on practicing and teaching CST and prenatal yoga. Her many years as a birth worker have forever changed her and her worldview. Those experiences remain an integral part of who she is as a therapist and teacher.