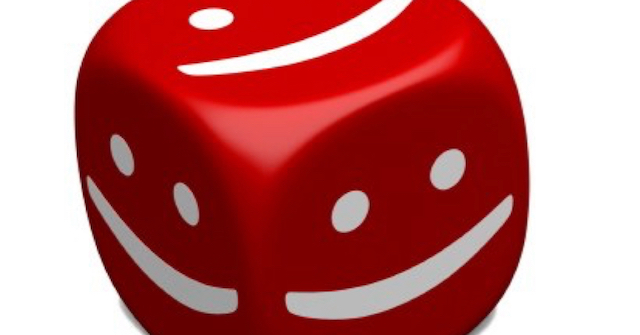 I see lots of babies who have flat spots on their heads (plagiocephaly) in my Craniosacral Therapy practice.

The most common garden variety is the broad flat spot on the back of the head – an artifact of the Back to Sleep Program, swaddling for sleep and time spent in car seats, baby seats and swings that have a flat, firm surface. My mantra is: Back to sleep, tummy for play, car seats only for car rides and in arms or slings the rest of the time. Of course, this doesn’t mesh well with what most Americans actually do with their babies – especially the car seat and “infant furniture:”part.

The (controversial in my world) Back to Sleep program has arguably saved the baby lives. Although, many people feel that the drop in the SIDS rate has more to do with medical examiners requiring autopsies and more thorough investigations when babies are suspected of having died from SIDS and subsequently determined to have succumbed to something else. These are babies who would have previously been included in SIDS numbers.

Did you know that SIDS isn’t an actual condition with a diagnosis? When a baby dies and no cause of death can be found it’s called SIDS. In many English speaking countries it is starting to be called SUID (Sudden Unexplained Infant Death) — an acronym that’s harder to pronounce, but more accurate. I digress…

The second most common type of plagiocephaly (but fast-becoming the most common due to the rise in seated occupations and seated lifestyle for pregnant people) is the flat spot on one side of the back of the baby’s head. This is caused by the things listed above with the addition of torticollis. Torticollis is ALWAYS present (diagnosed or not) when the flat spot is on one side. It is common for me to meet a baby with this kind of plagiocephaly after the parents notice that the baby is developing a trapezoid shaped head. They want to know if I can fix the baby’s face, but first we need to “un-fix” the baby’s neck – actually, the whole body.

Torticollis (it used to be called wry neck syndrome) develops typically in utero when the baby has a lack of space or lack of ability to move around freely. THIS IS THE PROBLEM WE WORK HARD TO PREVENT WITH PRENATAL CST AND THE MAMASPACE YOGA METHOD. We are absolutely devoted to optimal fetal positioning. The baby’s neck is flexed or rotated to one side and pairs of muscles develop longer and over stretched on one side and shorter and contracted on the other. The actual in-utero conditions that contribute to this include being one of a pair of twins or higher-order multiples, short umbilical cord, low amniotic fluid, restrictions in pregnant parent’s abdominal organs, restrictions, scarring or anomalies in in the pregnant parent’s uterus, restrictions in the ligaments that support the uterus, the actual list is longer and sometimes it just happens.

These babies get born and nobody notices that they only turn their head one way or that their head habitually tilts toward one shoulder. Or if adults do notice it, they don’t realize that it’s a problem. What they may notice is that the baby has a “preference” for one breast. It’s not about the breast, of course, it’s about how extremely taxing it is for the baby to turn in the “non-favored” direction. Several weeks later, the baby has a trapezoid-shaped head and asymmetrical facial features.

It’s About the Whole Baby

There is a lot that CST practitioners can do to address the contracted, shortened parts of this neck condition. By the way, did I say this is a neck condition? That isn’t actually accurate. This condition typically involves the baby’s entire neck and torso. We just happen to notice it more in the neck as the baby’s head is habitually turned or tilted one way. I give parents information about how to alter their care-giving and play activities so babies can develop balanced length and strength, especially in the weakened, over-stretched muscles.

It’s important to remember that babies’ heads and bodies grow into available space. If that space is hard, restricted and asymmetrical, the paired bones and body parts that would ordinarily be mirror images of their counterparts will develop differently.

As CST practitioners, we can make sure that all these parts move independently of their neighbors. With time for more growth into yielding, symmetrical space, things will balance out. Actual symmetry varies, of course.

I see babies who wear special corrective helmets or strap devices that physically restrict the growth of the prominent cranial bones and allow unrestricted growth of the ones that are less prominent. It’s important to know that these devices mostly correct cosmetic problems. Parents have such an unlimited array of pressures and information to consider when they are making decisions about their kids…

Of course, I’m happy to treat the helmeted babies. They really need CST — for their whole bodies. It surprises me that they are getting help for head-shape, but no recognition that the underlying problem is pervasive throughout their bodies. It’s good to check in and make sure that all of their body parts are moving independently of their neighbors the way they should. Helmeted babies really need the work I do.

A less-common variety of head-shape issue is persistent sutural overrides. Sutures are the joints between the bones in the skull. The cranial (skull) bones often override (overlap) each other in the birth process. This is completely normal. This is part of Mother Naure’s plan for answering the question of how you get something as big as a baby head through such a small opening — the head gets temporarily smaller. Overrides should (and usually do) resolve as soon as the baby’s head is born. It may take hours, days or weeks for the untrained person to recognize that the overrides are gone (the cone-head can last a while due to swelling in the soft tissue). Pretty much they do resolve on their own. If they don’t resolve on their own, I gently move them (the involved cranial bones) away from their neighbors. As a midwife, I’ve had many opportunities to do this right away. The earlier we address a persistent sutural override, the better. Of course, isn’t that true of almost everything?

The next most common head-shape issue has its roots in the in-utero space restrictions that are part of the genesis of torticollis. Sometimes during fetal development whole bones get jammed up against something hard – part of mom’s pelvis, mom’s rib, etc. The bone in question develops a dent, ridge or groove. This is also a common origin of so-called club foot.

I once treated a baby (one of a pair of twins) who had undergone surgery to correct a depressed skull fracture – presumed to be a birth injury – that turned out not to be a fracture at all. The baby had a dent in one of the flat bones in her skull where it had been lodged against her mother’s rib for many weeks. It had simply developed that way.

Last, but not least we have cranial synostosis – actual (the MD’s would say premature) fusing of sutures. I see babies with this condition in my practice, too. A very small number of them have been misdiagnosed. I can get them to move because they were actually persistent sutural overrides or oddly shaped cranial bones.

It’s interesting (and anecdotal) that some of the babies I’ve seen who have actual cranial synostosis have developed with fetal constraint as part of their story. Their parent’s tell me that they were oddly positioned and jammed into the maternal pelvis for a very long time. I wonder if this type of compression stimulates fusion in babies who for some reason are otherwise vulnerable.  It’s food for thought. The surgery for cranial synostosis can be harsh. Sometimes the surgery has to be done in order to make room for the developing brain and for the child to have a shot at normal neurological, postural or visual development. Other times the surgery is cosmetic. Without the surgery a child may be subjected to being called “pinhead” or worse throughout his/her school career. These are hard dilemmas for parents.

I have treated kids who have this condition whose parents opted not to have the surgery. Foregoing surgery is more common in Europe than the US. When parents decide to operate it is incredibly helpful for the kids to get CST before and after the surgery.

Hopefully this wasn’t too technical for a general audience…