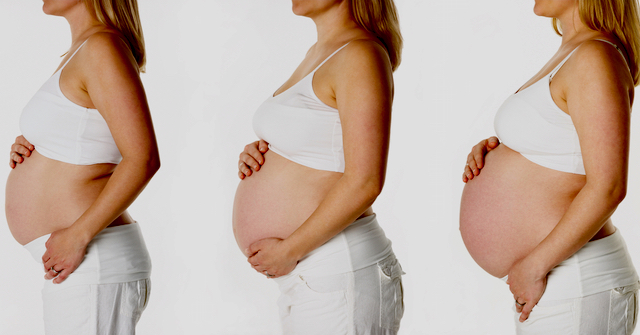 “My baby dropped!!” People usually say this with great enthusiasm when it happens. I’ve never really understood why people rejoice about their babies dropping.

Why Do They Think This Is So Cool?

Here’s a conversation I had with one of my prenatal yoga students right before class. She was 34 weeks pregnant. I always ask my students what they want to work on. She said, “I want to work on pushing my baby down today. Her feet are kicking me in the ribs. I had an ultrasound and they said her legs weren’t where they are supposed to be. They’re crossed or something.” I said, “Nooooooo. We want to keep her high and make some space so she can rearrange her legs.” She said, “Really?” I said, “Yes, really.” I didn’t palpate her belly. My role in this interaction was yoga teacher, not midwife or bodyworker. But her baby looked Occiput Posterior to me from across the room. Jamming her baby into her pelvis in that orientation could be disastrous for her labor and ultimately adversely affect her birth outcome because it’s tougher to get a baby born vaginally when they’re in that position.

The medical term for babies dropping is engagement. The dictionary definition of engagement is: Fixation of the fetal presenting part in the maternal pelvis. For some reason we believe that fixation is the norm for first timers and for a smaller number of second and subsequent-timers. We believe this is true because we think that once someone has driven a baby through their pelvis things move better so those second and subsequent babies will bob in and out of the maternal pelvis throughout gestation. End of theory. P.S. This theory doesn’t hold water.

By the way, babies rarely get stuck in ideal positions for continued gestation and birth.

Why Do We Think It’s Normal?

Is it normal? Uh, no. It is assuredly not normal for babies to be jammed into the maternal pelvis unable to move around for days weeks or months before the onset of labor. This is actually the opposite of optimal fetal positioning. We think it’s normal because it’s common. However, common isn’t necessarily normal.  How did we come up with the idea that fixation is normal for primips (first timers) in the first place?

Nowadays, most people who identify as women work outside of the home (>70% in the US). Fixation is on the rise.  50 years ago in the US more than 50% of jobs required at least moderate physical activity. Now fewer than 20% require it. This trend is occurring in all industrialized countries. Seated occupations are the norm.

What About When We’re Not at Work?

You guessed it. Sedentary lifestyle, in general, also is part of this problem.

Why Is This a Problem, Again?

The more time a baby spends in utero in one position the greater the tendency for the baby to assume and grow into that shape.

Imagine that one day, at 30 weeks, a baby drops very low into her mother’s pelvis. On this particular day she lifts her chin a little and happens to have her left ear tipped toward her left shoulder. Her mother is very busy with a work project that has her seated at her desk for long hours. She is exhausted after work and spends the rest of her waking hours propped in bed watching TV with her pelvis posteriorly tipped. The baby gets stuck. The next day the mother continues with her work project, again seated for long hours. The baby begins a three-day growth spurt. Now she is really stuck – like a cork in a bottle. 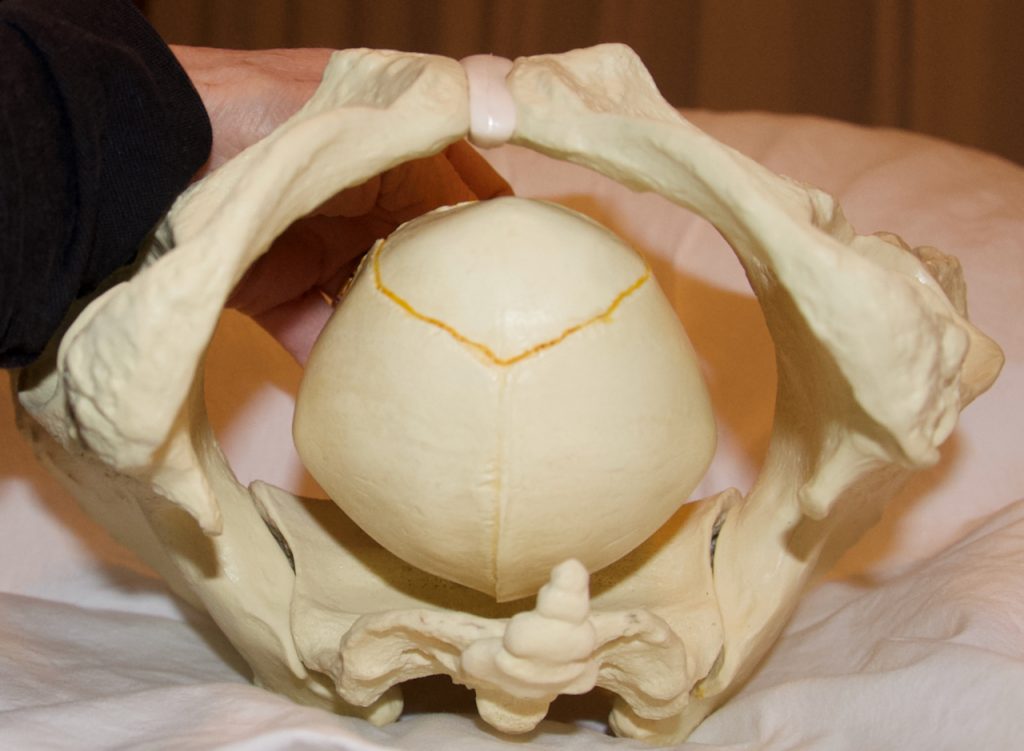 The picture above shows a full-term infant skull in the Occiput Anterior position passing through a normal female pelvis. There’s plenty of room. 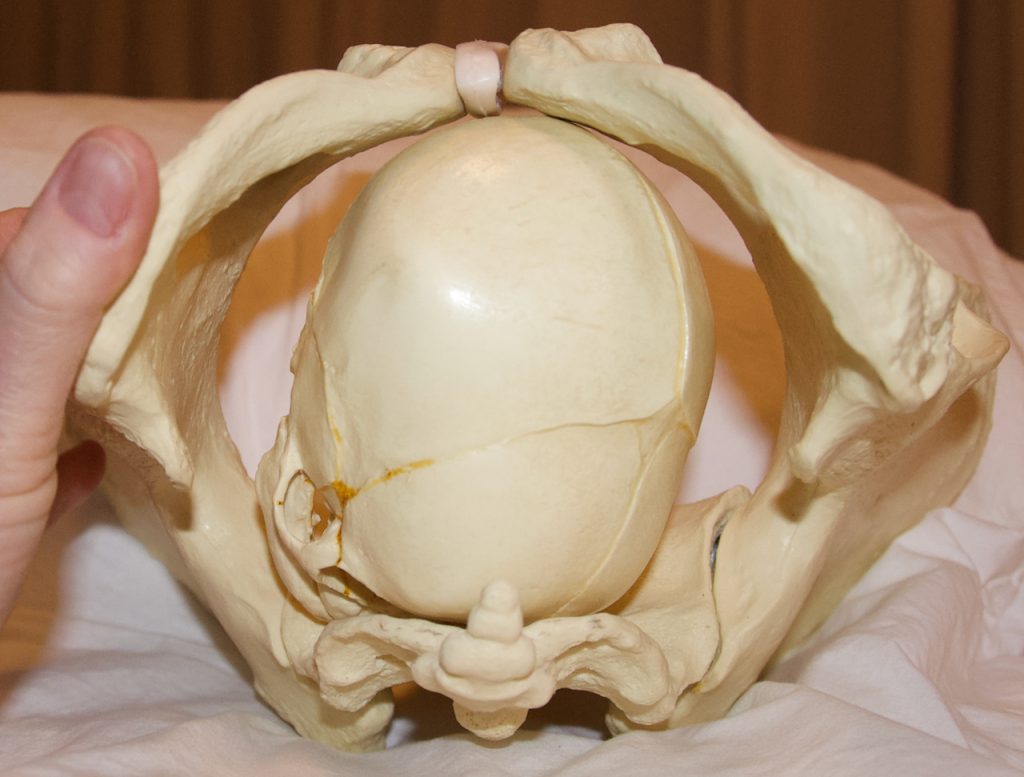 This next picture shows the same skull positioned with the baby’s chin untucked and the left ear tilted toward the baby’s left shoulder – the exact same scenario I just described. Same skull. Same pelvis. A nuanced change in position. Big problem. That’s my hand in the picture. In this position it was impossible for me to force the skull through the pelvis. This nuanced less-than-ideal-position is called asynclitic. This one is also slightly deflexed. The earlier it happens, the worse it is. I rest my case.

How Does This Affect Birth, Again?

Let me count the ways. Mother nature doesn’t like to start labor when a baby is fixated – or stuck. That’s because babies rarely get stuck in ideal positions for birth. A baby low in the pelvis is not necessarily fixation. Remember, engagement or fixation is when the babies can’t move in and out of the maternal pelvis. They drop into the maternal pelvis because they can. They stay there because they are stuck. Labor doesn’t progress well if a baby is fixated. If the cervix DOES completely dilate with a fixated baby, they still can’t descend all the way to get born. Their presentations are more likely to be occiput posterior, asynclitic, military or breech. All of these things are part of the recipe for instrumental or surgical birth.

More To Come On This Subject

I promise I’ll write more about the additional causes of stuck babies, the effects of suckness for babies after birth and what we can do to prevent and remedy these effects.

7 Replies to “My Baby Dropped!”